This website uses cookies. By clicking Accept, you consent to the use of cookies. Click Here to learn more about how we use cookies.
Accept
Reject
Turn on suggestions
Auto-suggest helps you quickly narrow down your search results by suggesting possible matches as you type.
Showing results for
Show  only  | Search instead for
Did you mean:
Sign In
187
Online
7043
Members 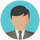 We followed the the steps mantioned but there are some things differents, for example, "Your environment requires and update for compatilibity with your version of HOPEX. Do you wish to run the procedure now? (I'm attaching a png) ..... according to the manual, that message should appear, but it doesn't.

Any advice or some information about how exactly to migrate from HOPEX v4 cp4 to HOPEX v5?

You can migrate from V4 to CP5.

The main aspect to take into account is to migrate from a V4 CPx that was release before the V5 CPx you are going to.

WARNING We have changed our authentication method to support single sign-on (SSO).

To learn how SSO will affect your access to the MEGA Community, please read the FAQ here